HOME
EMPLOYMENT
CONTACTS
ABOUT US
SCHOOL
CENTER OF EXPERTISE
FOUNDATION
ALUMNI
Thank you! Your submission has been received!
Oops! Something went wrong while submitting the form.
x
MAKE A DONATION
WHY GIVE?
EVENT - GOLF TOURNAMENT
IN MEMORIAM DONATION
ANNUAL RAFFLE
FINANCIAL CAMPAIGN 2014-2019Official Launching of the Financial CampaignDonors 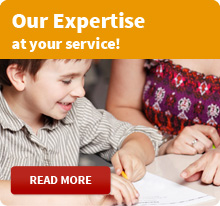 The Vanguard School Foundation publicly launched its first major fundraising campaign with the objective of raising $4 million over the next five years. Members of the Cabinet were very proud to unveil the fundraising thermometer which is already at $2.1 million, more than 50% of the final objective.

From left to right:  Mr. Luc Lortie (Chair of the Board of the Vanguard Foundation), the Honourable Marlene Jennings (Co-President of the Campaign), Mr. André B. Charron (Campaign Honorary Chair), Me Guy Tremblay (Co-President of the Campaign), Ms. Carolyn Coffin-Caputo ( Director General of Vanguard School) and Ms. Isabelle Marcoux (Chair of the Board of Transcontinental Inc. and Major Donor).